The first prototype of a half-litre class model was presented in 2018 at the international motorcycle fair EICMA in Milan. Particularly eye-catching was the unique “X-Tank”, which precisely embodies the Visual Product Language (VPL) of BRIXTON MOTORCYCLES – a brand of the Austrian KSR Group. In the future, all vehicles with the new design line focused on the X will be called “Crossfire”. The “Crossfires” will then represent an independent design line within the BRIXTON MOTORCYCLES model range and the name will also follow its own strategy. Crossfire emphasises the “Cross” – the X – in the tank and throughout the design, and the “Fire” in the name represents the passion, vision and fire in our hearts.

The new Crossfire design line was developed by the KSR Group design team, which has been working creatively in KSR’s own design studio in the Krems-Gedersdorf Business Park, Austria, for the past 2 years. State-of-the-art software and hardware, including a clay studio with a hydraulic 360° rotating lift, where clay models of future models can be produced and viewed from all sides for refinement. A 3D printer for the rapid production of prototypes of individual design elements is also used there.

At the heart of the Crossfire 500 is a completely new 486 cc two-cylinder in-line engine developed by 20 engineers over a two-year period. A total of 80,000 development hours went into the engine, which, with 35 kW output, exploits exactly the legally permitted performance spectrum of the A2 segment and can therefore be driven by A2 newcomers aged 18 and over.

In recent months, the pre-series vehicles had to prove their stability once again on the test bench over 40,000 kilometres and also over 40,000 test kilometres on the road and on test tracks. During these particularly tough test runs, the load of one test kilometer corresponds to a multiple of the load of an everyday kilometer.

For purchased components, the company has chosen top global suppliers. The tires are supplied by Pirelli (Italy), the adjustable KYB shock absorbers come from Japan, and behind the electronics of the ABS braking system are the German engineering skills of Bosch. The braking system is used from the Spanish manufacturer J.Juan. 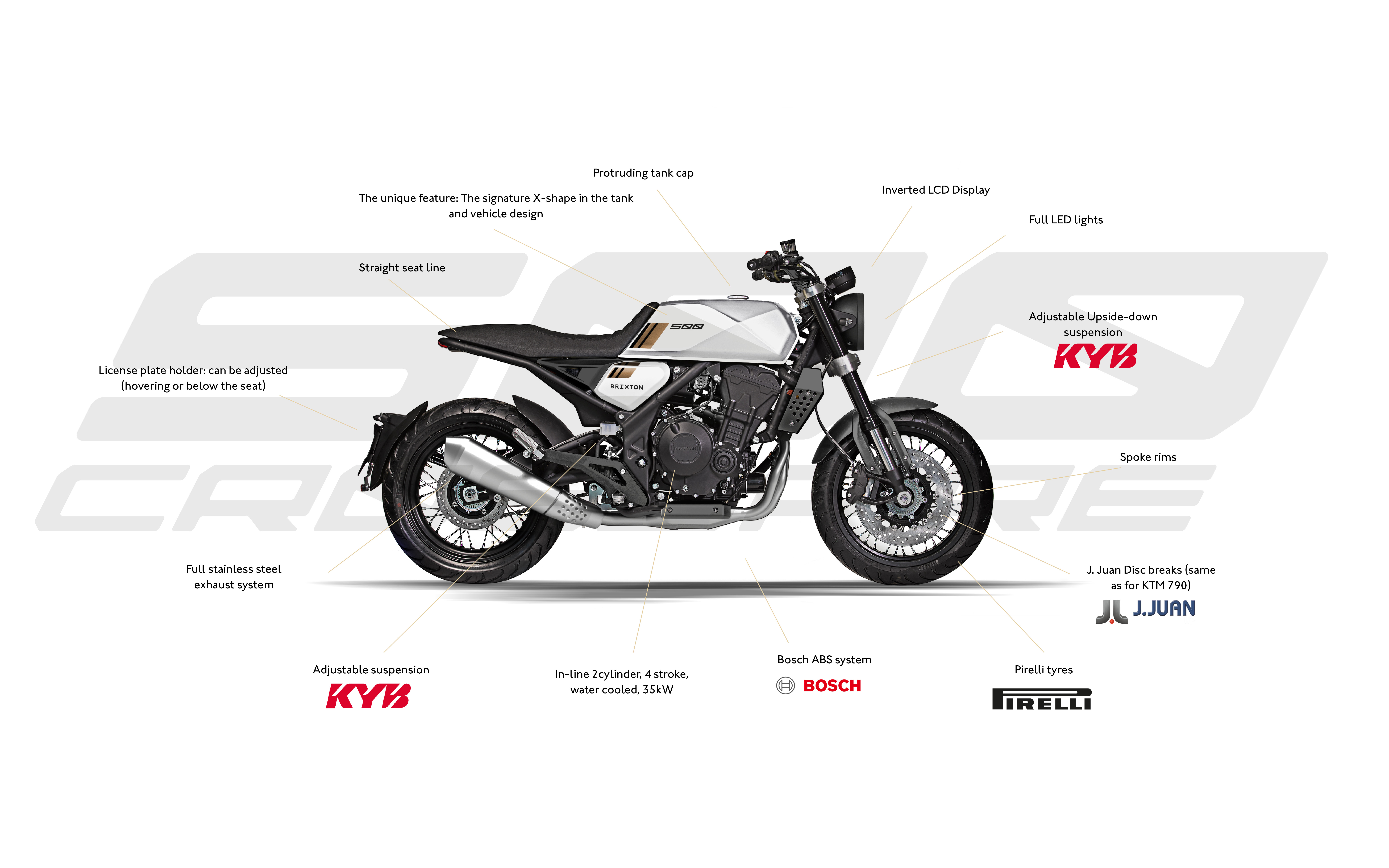 Production of the Crossfire 500 and Crossfire 500 X, whose launch had to be postponed somewhat due to the Covid 19 pandemic, has now started, with the first models expected at Brixton dealers in Europe in August 2020.

Further information about BRIXTON MOTORCYCLES can be found at www.brixton-motorcycles.com!