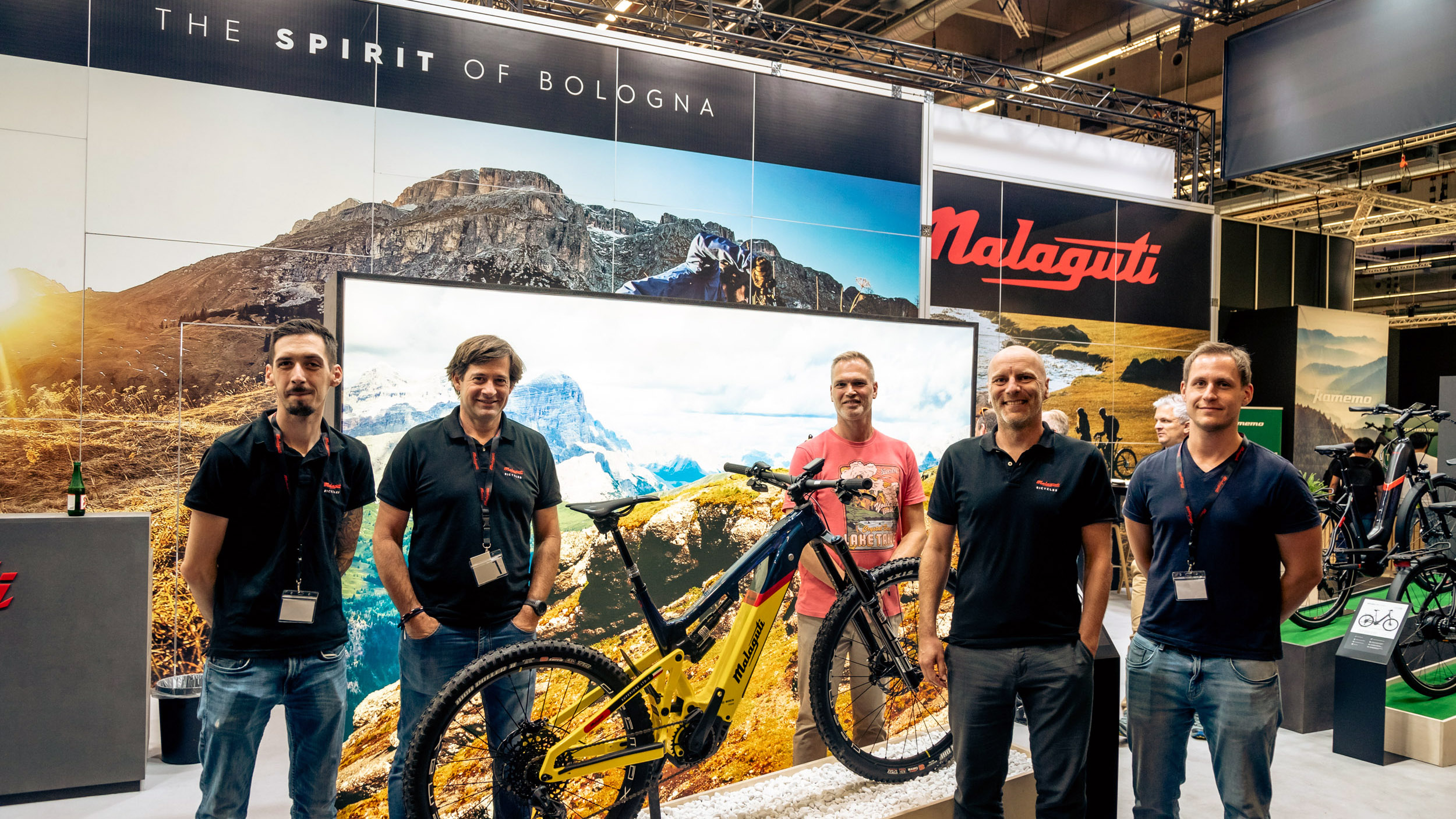 From 13 to 17 July, Messe Frankfurt was all about bicycles. With over 1,500 exhibitors, EUROBIKE is considered the largest bicycle trade fair in Europe – for Malaguti Bicycles the first major appearance in Frankfurt.

13 e-bikes of the 2023 model year were presented at Malaguti Bicycles’ 100m² stand. The eye-catcher was the SUPERIORE LTD-C Enduro E-MTB with full carbon frame. Top equipped, the bike will be available in a limited edition of 100 pieces for € 9.799.-. Likewise, the Tuttogas FS6.1 models, an All Mountain E-MTB with the new Shimano EP8 drivetrain, and the new full-suspension trekking models have attracted a lot of attention. 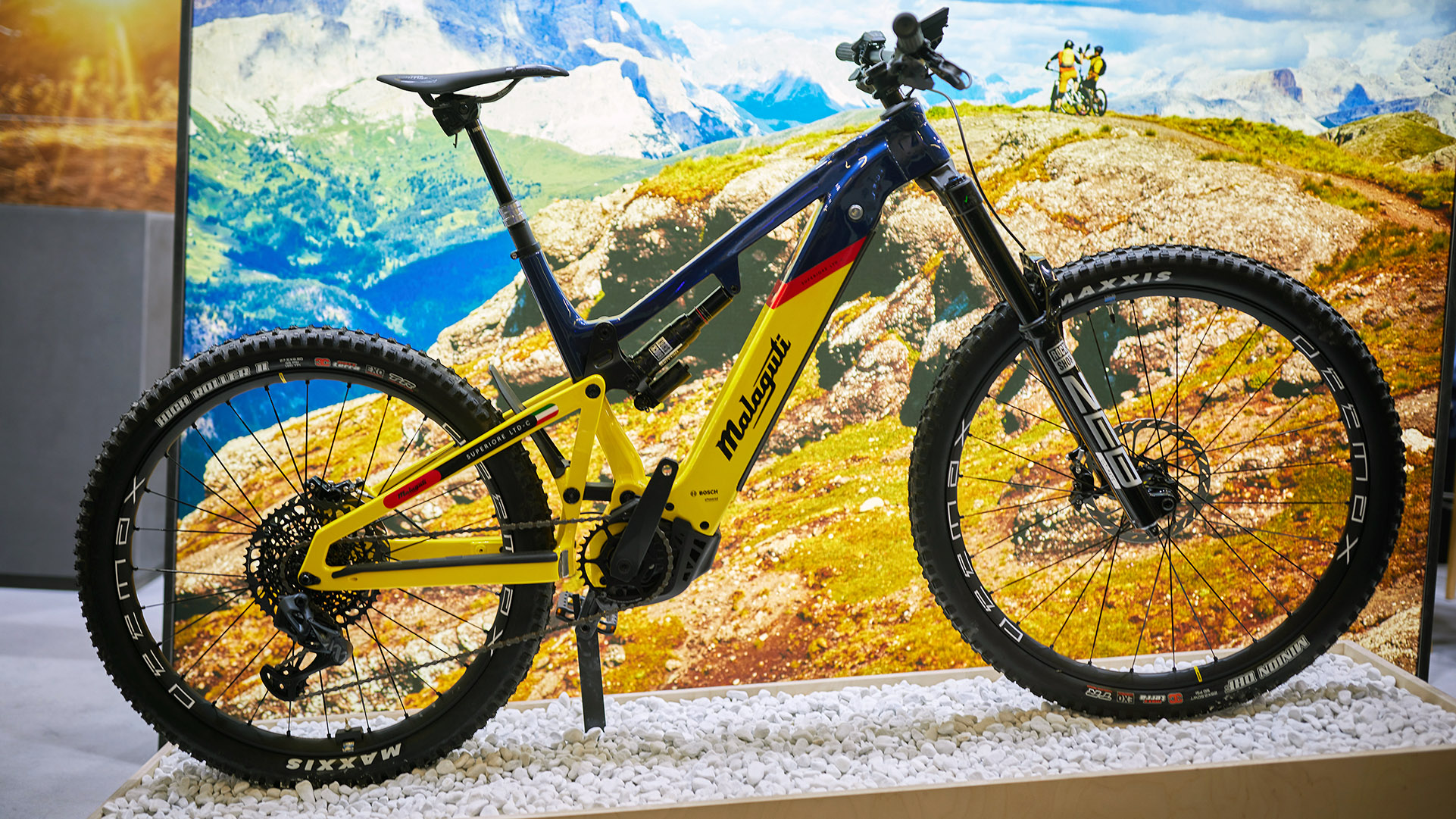 The big surprise at the fair was the presentation of the entire 2024 model year – a collection of almost 30 models with four different drive systems, including Bosch and Mahle. All models are specified down to the last screw. A production volume of 30,000 units is planned for 2024.

The bicycle industry has been struggling with problems along the supply chains for many months and Malaguti has not been spared. Thanks to long-term supply contracts with many partners, Malaguti’s delivery reliability is nevertheless above average, which is also confirmed by the specialised trade. In order to further reduce the risk of default and to be able to act more flexibly on the procurement market, further contracts are currently being concluded with European suppliers.

During the past months, Malaguti Bicycles was represented at nine events, including the FSA Bike Festival Garda Trentino with 35,000 visitors and the E-Bike Days in Munich with about 25,000 interested visitors. More and more end customers are also taking advantage of the opportunity to obtain information directly from the manufacturer at trade fairs and to test the bikes on special test tracks on site.

After winning a number of prominent brand ambassadors for the brand, the Malaguti team is working on a new social media presence and the coming model years in order to continue to keep delivery reliability as high as possible.