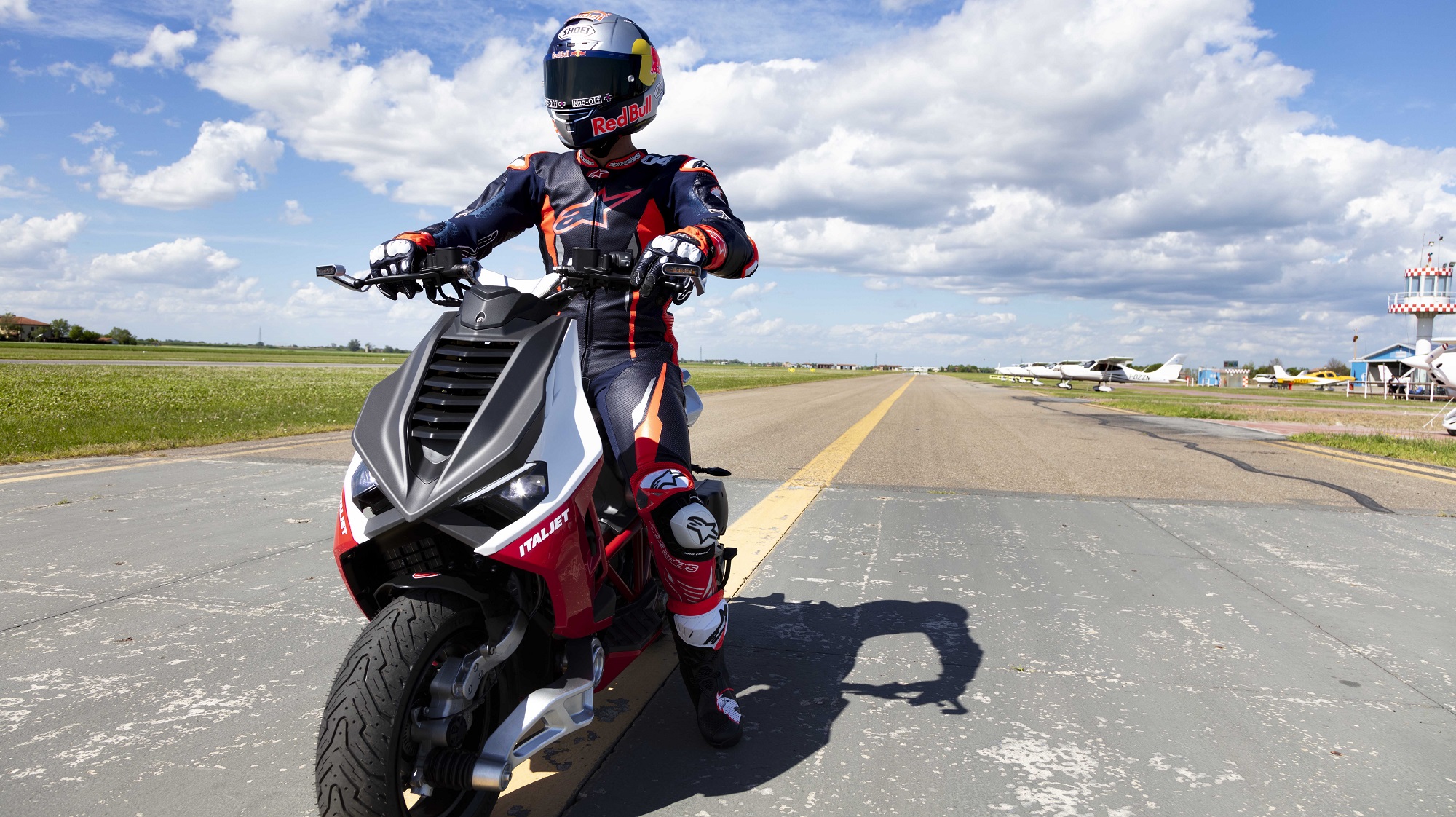 Andrea Dovizioso, World Champion and MotoGP rider, has signed a collaboration agreement with ITALJET, the historic Bolognese motorcycle manufacturer, to help develop the new Dragster 125/200cc and become the brand ambassador for the new Dragster that will soon make its debut on the market.

Chosen by Massimo Tartarini, CEO of Italjet, to cover this ambassador and development pilot role, Dovizioso supports the technical team giving his knowledge and precious contribution with preproduction tests of the Dragster out on track.

“When I designed the new Dragster, I imagined it as a small superbike to utilize in the city. A scooter capable of giving the feeling of a real motorcycle on the track.” Tartarini comments, “I desire that the Dragster can express all its potential and be the best in class: for this reason, I thought I have to rely on an undisputed protagonist of Motorsport, a famous pilot all over the world. I immediately thought of Andrea, a person that I’ve always admired, a professional and a man able to look beyond”.

For Dovizioso, contributing to the realization of a scooter dedicated to those who love sports bikes represents a new commitment. The Forlì driver declares: “The Dragster is a concentrate of energy. When I saw it for the first time, I was impressed. I’m delighted to contribute with technicians to the development of parts, braking systems and the engine. The details make the difference, and the Dragsters details are very impressive, unlike anything else in this segment”.

The arrival of the new “Urban Superbike” which recently received an award for the best scooter at the International Indonesian Motor Show 2021 (IIMS) and selected by Forbes magazine as one of the top five scooters you must ride in 2021, is just around the corner. With many thousands of pre-orders received from all over the world is a source of pride for Tartarini, who has clear ideas on why Dragster generates so much enthusiasm.

“The big players have flattened out on bikes which are now all very similar with a lack of soul and character neglecting the fact that real motorcyclists choose to ride a bike because of strong emotions that it creates. Even if we are a small company compared to global competitors, we have decided to realize a different urban bike straight out of the box, in the wake of the tradition of ITALJET. The Dragster may be classed as a scooter, but we believe we have created something more and to call it a scooter is not doing it justice.”, Tartarini concludes.

The start of production is imminent, and after that, the Dragster will be available in over 50 countries around the world.