KSR with Malaguti and Brixton Motorcycles at EICMA 2022

After an enforced break due to the pandemic, the EICMA motorbike show is taking place in Milan again these days. KSR is there with Malaguti and Brixton Motorcycles and has once again attracted attention with three brand new concept bikes.

KSR has always been closely associated with the EICMA motorbike show. The biggest milestones with Malaguti, but above all with Brixton Motorcycles, have traditionally been seen first at the EICMA. This is also the case in 2022: with the rugged adventure bike Storr and the unconventional beach cruiser Layback, two concept motorbikes will be presented at the Brixton stand. At the Malaguti stand, meanwhile, the XAM prototype was presented. In addition, the entire 2023 model range is lined up on both stands.

Brixton Motorcycles: Two motorbike concepts for globetrotters and beach boys
At EICMA 2015, Brixton was presented as a new motorbike brand for the first time. The manageable trade fair appearance of the associated prototype BX 125 was housed at the stand of the motor oil manufacturer Liqui Moly. Two years later, the first 125cc models were delivered to the dealers and shortly afterwards the first quarter-litre models too. Then in 2018, the Crossfire 500 caused a sensation – the concept with the unmistakable design was to go into series production just one year later. And just these days, KSR and Brixton Motorcycles are once again attracting attention in Milan with the Storr mid-range adventure bike and the Layback e-cruiser.

The name Storr comes from the rock formation of the same name on the Isle of Skye in Scotland. It is the first model developed in collaboration with the Salzburg-based design studio RiDE. The vehicle is powered by the Crossfire 500 engine, which is now also known for its exceptional durability. The Storr is utilitarian in design, with everything about it serving a purpose – from the high windshield and forward-sloping tank shoulders to the elongated pillion grips and backpack-style luggage rack.

The Layback concept bike goes in a completely different direction. Here, Brixton draws on the world of skateboarding and surfing, as it did with the BX 125 SK8 with skateboard holder – but here, in the case of the Layback, in a completely different way. Layback refers to a surfing move in which the surfer leans far back on the board – a relaxed posture that is also inscribed in the concept bike. The Layback is Brixton’s first bike with an electric motor. A battery pack is supported by solid steel tubes and the concept’s innovative design means that it is extremely low to the ground, creating space for luggage – in the case of the Layback concept at the EICMA, a beach bag and, above the seat, a bath towel. The concept sees itself as a relaxed, casual beach cruiser that doesn’t want to take itself too seriously. 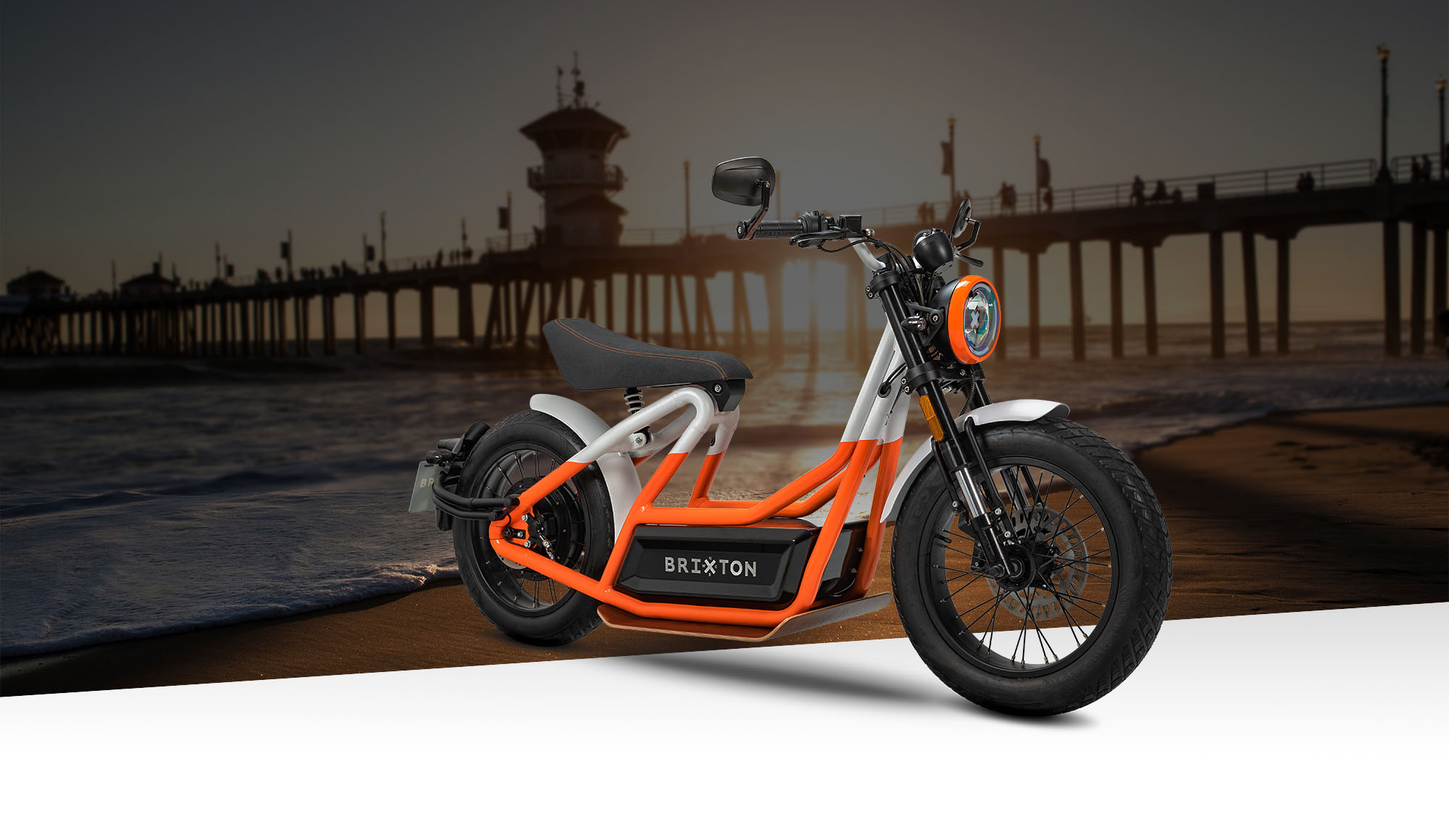 Malaguti: tradition and modernity for 2023

When KSR took over Malaguti in 2018, the first step was to bring the heritage-rich brand back into the two-wheeler world in the first place and put it on a solid foundation. Now at EICMA 2022, four years after the purchase, KSR presents Malaguti more modern than ever before and yet has never been closer to the great history of the brand.

With founding father Antonio Malaguti, the border between bicycle and motorbike was fluid. It’s not much different at Malaguti today. The introduced prototype Malaguti XAM closes the gap between bicycle and motorbike – only with an electric motor instead of a combustion engine. The off-road model, which weighs only 70 kg, will be available with road approval. With a great value for money, the company feels especially committed to the young audience, as was already the case with Antonio Malaguti. 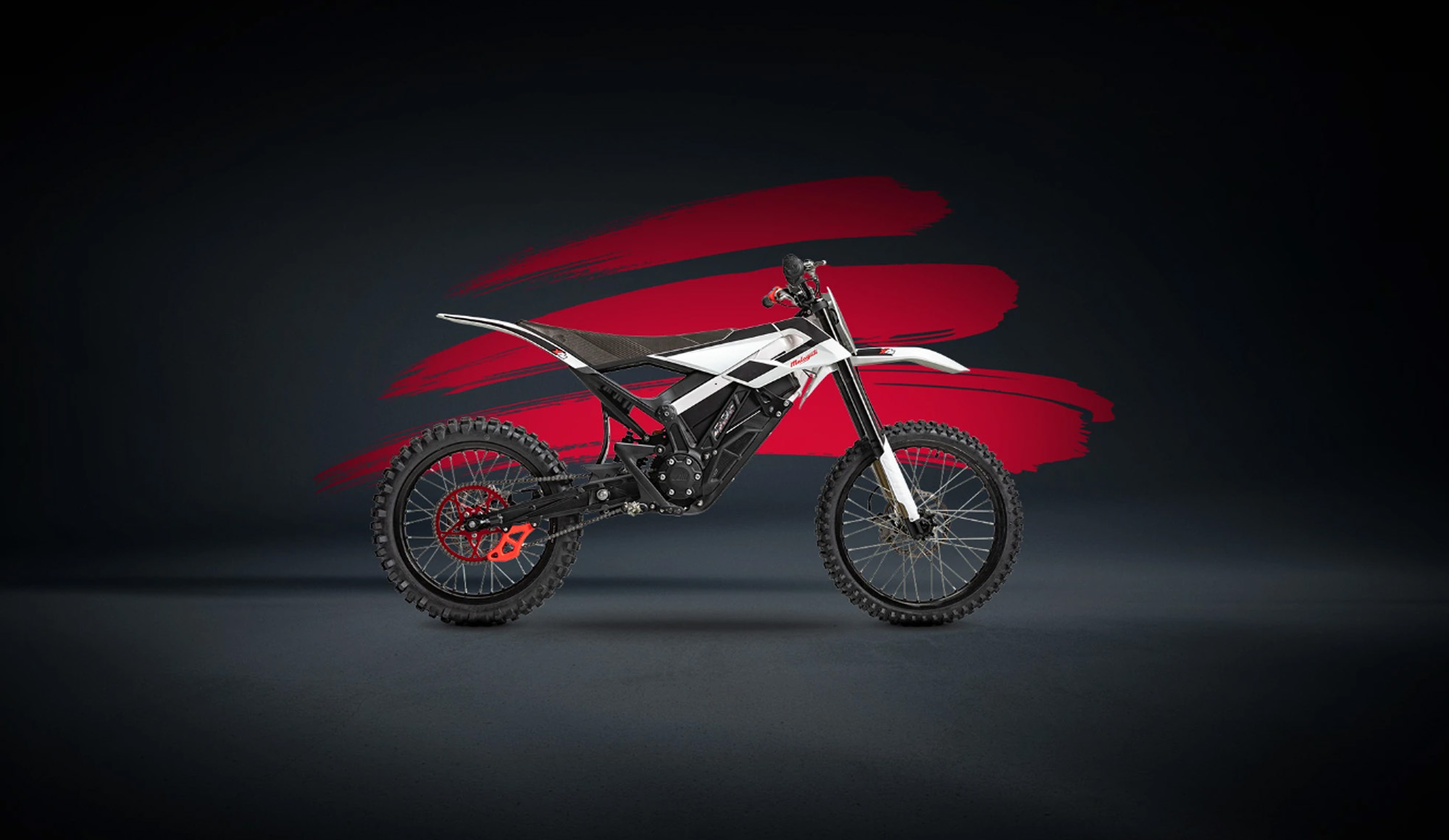 Also on display at the Malaguti stand in Milan is the DRAKON125, the brand’s spearhead, which has been available on the market for the first time in just a few weeks. With its flowing but sharply drawn lines, it sets the new design language at Malaguti. The KSR development team explained the approach for dynamic DRAKON already in 2019 in the four-part Unstoppable Series.

The existing XSM and XTM125 models have been upgraded with a model update and should be available at the start of the 2023 season. Both the off-road-oriented XSM125 and the supermoto lightweight XTM125 follow the design of the DRAKON. The exhaust system, seat, full LED equipment and ABS are also new. The lines of the MADISON125 have also been redrawn – the dynamic scooter is the first model to be developed in cooperation with GPX in Thailand.

EICMA until 13th of November

The new models of both brands were already presented on the first day of the fair. EICMA is still open until 13th of November. The stands of Malaguti and Brixton Motorcycles are still looking forward to welcoming numerous visitors – in addition to the new products, the entire model range will be on display.

The history of the time-honoured Malaguti brand began in Bologna in the 1930s with a small bicycle shop and workshop run by founding father Antonio Malaguti. Early on, Malaguti recognised the signs of the times, produced its own bicycles and soon after developed its first small motorbike series. In 1958, the soul of Malaguti conquered the streets of the whole world and finally, in 2003, Malaguti entered racing. In 2018, the brand was acquired by KSR Group and revived. Since then, Malagutis have been designed, developed and produced under again, reviving the Spirit of Bologna with affordable sportiness and emotional design.

About BRIXTON MOTORCYCLES
«Any direction. As long as it’s your own». This was the motto under which the Austrian KSR Group presented its new brand BRIXTON MOTORCYCLES at the international motorbike trade fair EICMA in Milan in 2015. Anti-authoritarian and non-conformist, classic but without any kitsch and instead equipped with state-of-the-art technology – with these ingredients, BRIXTON MOTORCYCLES started series production in 2017. Brixton motorbikes are exported to around 40 countries worldwide and in many of these countries Brixton is already one of the most popular 125 cc and 250 cc manual motorbikes. At the KSR Group’s design and development centre in the Krems-Gedersdorf business park (Austria), work is continuously being done on the further development and expansion of the model range.

Noticias Visit us at EICMA 2022

Noticias KSR with Royal Enfield at the Intermot 2022

Noticias CFMOTO: A fleet for the Erzbergrodeo

Noticias Brixton at Wheels and Waves