CFMOTO: A fleet for the Erzbergrodeo

1,500 starters and only a handful make it to the finish – that’s the toughest one-day hard enduro race in the world in Eisenerz, Styria. And KSR once again kept the organisation, journalists and special guests mobile with vehicles from CFMOTO.

Due to the uncertainties of the pandemic, the legendary event could not take place two years in a row. From 16 to 19 June, however, the Erzbergrodeo entered its 20th edition and as a reliable partner CFMOTO again provided vehicles for the big event in 2022 to support the organisation on site, to take journalists and photographers to the most spectacular parts of the track on the mountain and to ensure that guests can move quickly and safely.

The vehicles have a wide range of applications. Due to the many useful attachments, they are becoming increasingly popular, especially in agriculture and community work. Off-road capability is at the top of the requirement profile for vehicles at the Erzberg. Some models also come with a winch as standard – a particularly useful feature here, where mining has shaped the Erzberg. 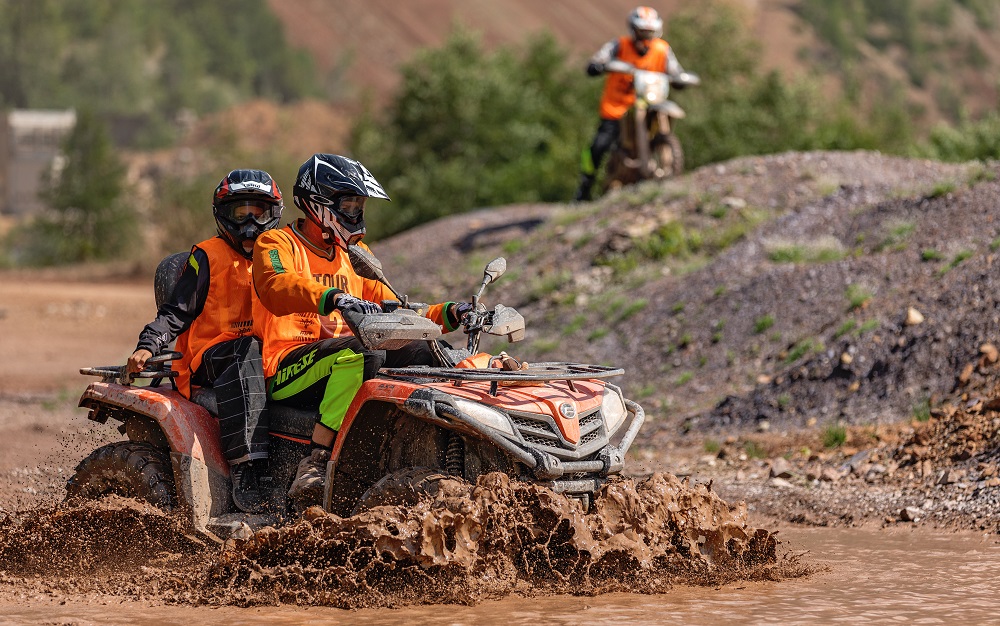 Ten vehicles from the ZFORCE, UFORCE and CFORCE series were made available to the organisation. Among them were five CFORCE 520s for a VIP shuttle, where the VIP guests could also test the vehicles right away, and another 15 vehicles from the UFORCE and ZFORCE series were made available to the press. The KSR team was actively supported by the CFMOTO partner Kfz Grabner from Neunkirchen. 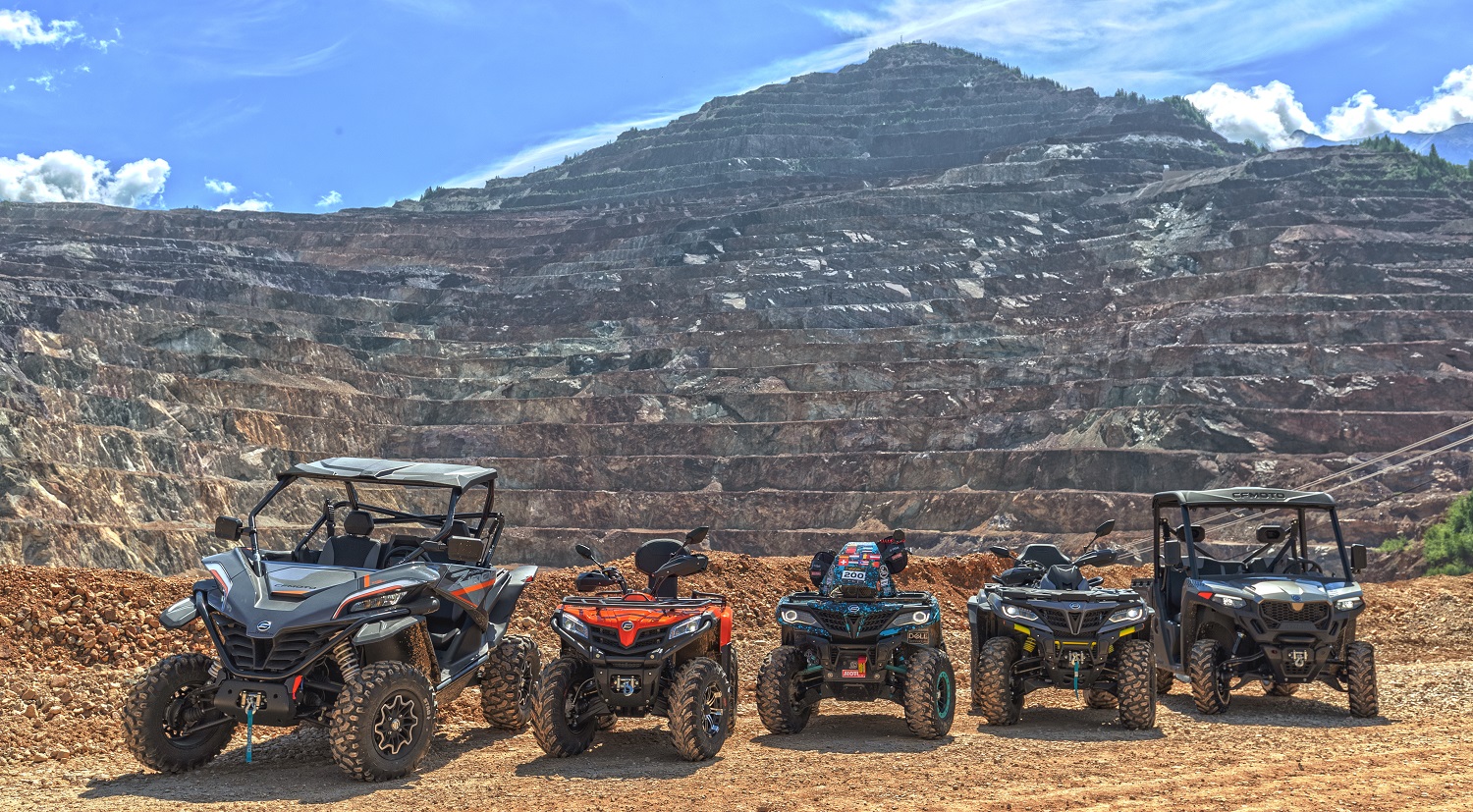 CFMOTO in the Expo Area

In addition to the practical use in the tough terrain, CFMOTO also set up a 200m2 presentation area in the Expo Area at Erzberg. The ZFORCE 1000 Sport, UFORCE 600, CFORCE 1000 and CFORCE 520 were exhibited here, as well as two CFMOTO motorbikes. The CFMOTO Racing Team also came with their converted CFORCE, with which they will compete in the Dakar Rally in 2023. On Saturday and Sunday there was an autograph session with Max Franz, professional ski racer in the Austria Ski Team and brand ambassador of CFMOTO. Five KSR employees were in charge of the presentation on site, introduced the manufacturer and the vehicles and were always available to answer questions. The organisers of the Erzbergrodeo counted about 35,000 visitors on all days and about 1,000 riders who faced the Erzberg. 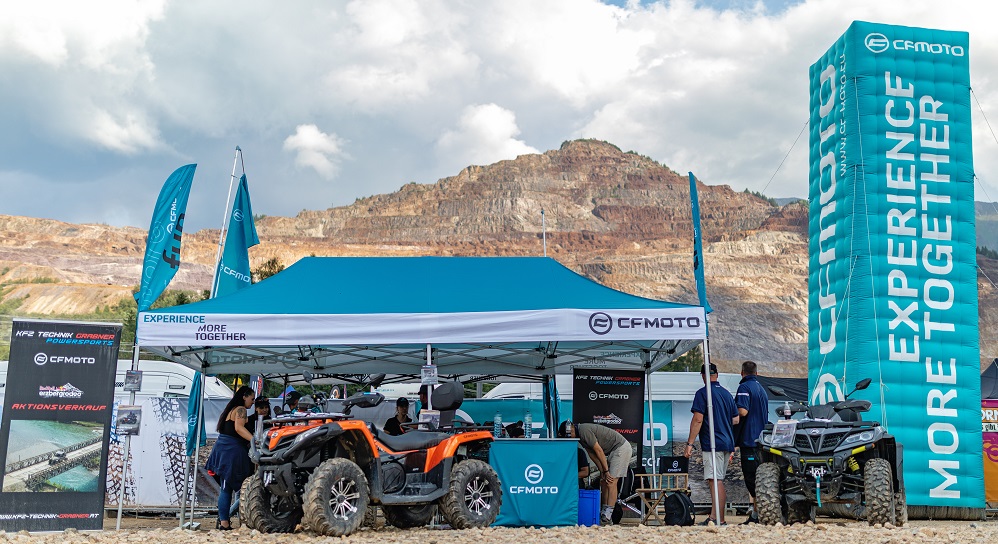 CFMOTO designs, manufactures and markets all-terrain vehicles (ATVs), side-by-side vehicles (SSVs), utility ATVs and motorbikes worldwide. Founded in 1989, CFMOTO – after more than 100 vehicle models, 51 engines and 272 patents – has earned a reputation for building quality and durable vehicles with high-quality components. And this with a particularly fair pricing policy. The KSR Group is CFMOTO’s general importer for Germany, Austria and Switzerland.

Production mainly takes place in Asia, but half the globe is involved in the manufacturing process. The vehicles are developed in CFMOTOs own design studio and by the Austrian design studio Kiska. The two-cylinder engines are integrated into torsionally rigid chassis, and high-quality chassis components, mostly of Japanese or European origin, are used at the front and rear. Tyres from Metzeler and Pirelli provide uncompromising grip.

News CFMOTO: A fleet for the Erzbergrodeo

News Brixton at Wheels and Waves