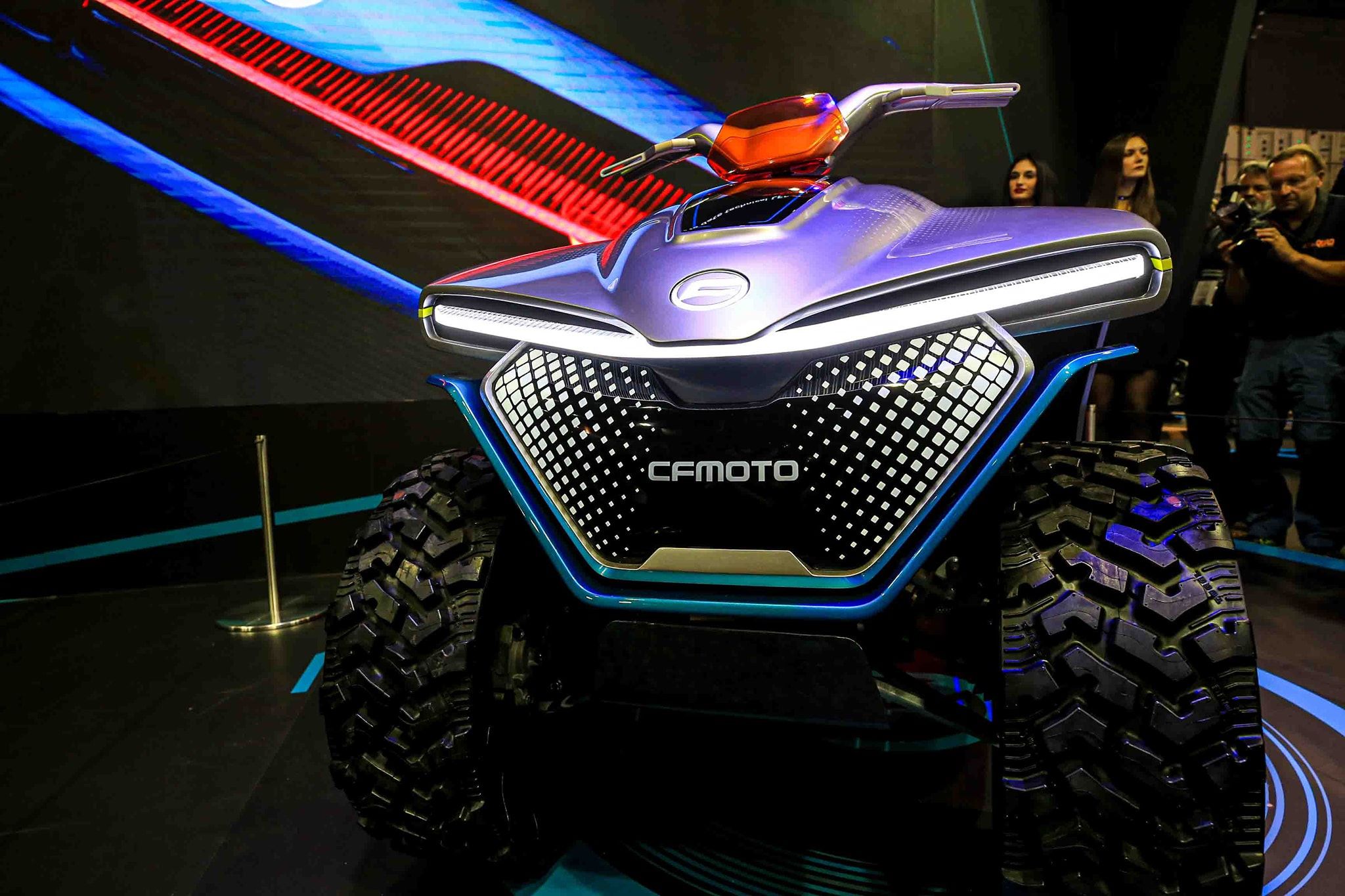 CFMoto takes it further at EICMA 2019 with the presentation of an electric concept ATV. The first all-electric ATV prototype «Evolution A» convinces with its futuristic design and challenges the conventions of how a four-wheeler can look. Acoording to CFMoto it’s a signal to what we can expect from them in the future. Stay tuned!

Noticias Visit us at EICMA 2022

Noticias KSR with Royal Enfield at the Intermot 2022

Noticias CFMOTO: A fleet for the Erzbergrodeo

Noticias Brixton at Wheels and Waves